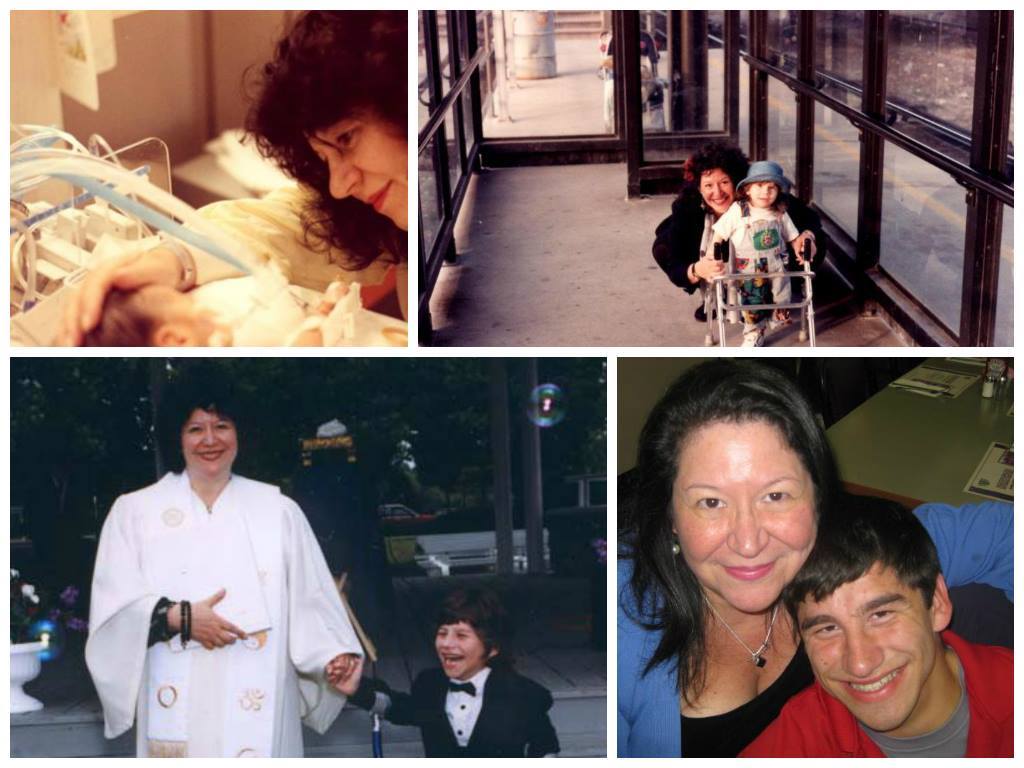 My biggest accomplishment in this life, I believe, is my son, Alexander. He came into the world a tiny 4 lbs and 9 ounces. He was sick and needed many surgeries. Oy! We spent many years in and out of hospitals. I got to be an expert on health and medicine and he grew to be a smart, funny, caring, loving, soulful, hard-working, and, may I add, handsome young man.

He graduated from Queens College with degree in Media Studies and almost immediately got his first job in radio, hired to run the boards on a late afternoon show with Curtis Sliwa and Former Governor David Patterson.  When the show went off the air he was hired to stay on as a board operator and producer. He works several shows each week and sometimes fills in producing Joe Piscapo and John Gambling.

He’s led an extraordinary life, so perhaps it was no surprise that Brandon Stanton of Humans of New York spotted him one days and took his photo. The amount of comments, shares, and likes on Facebook would be an online editor’s dream. But in this case is was my son who was the subject of all the social media excitement.

A HONY romance brewed after Alex’s appearance and Brandon reported it on the HONY page. He included the WHOLE family story in HONY fashion, excerpting an interview with Alex with three other photos.

The romance lasted two years and it was sad when it ended, but Alex ended up in the Human’s Of New York book released last year. Here’s a photo of us with Brandon right before his Barnes and Noble talk and book signing. 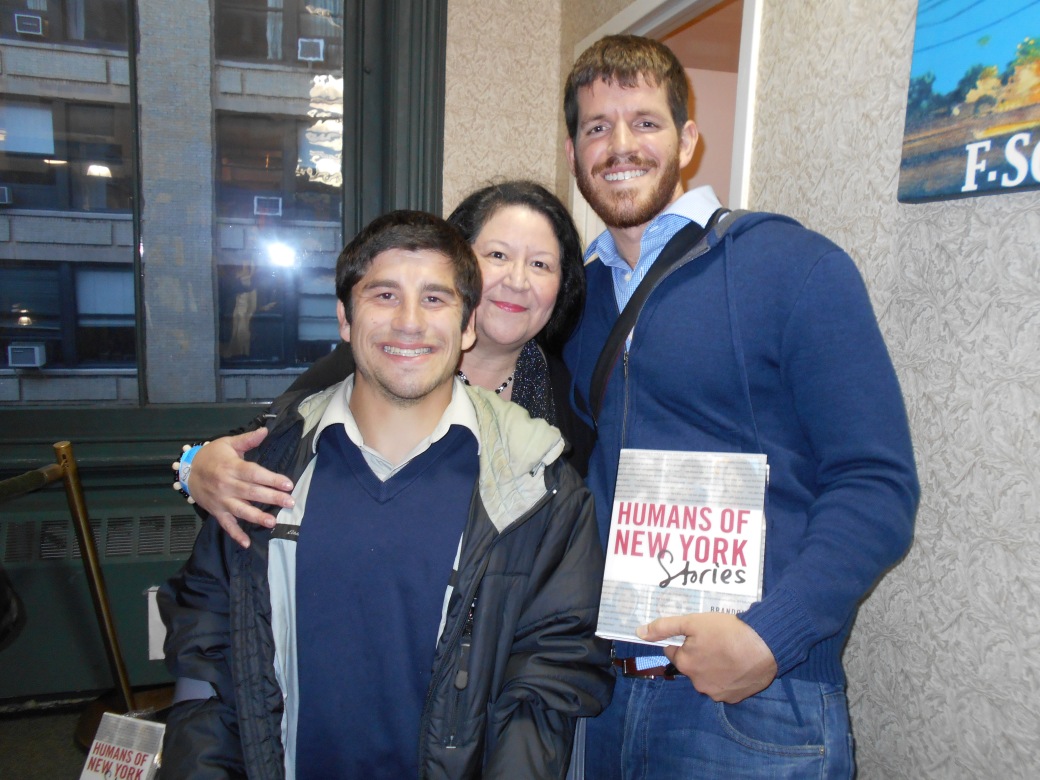 And of course, it was an honor that an image of Alex and me got into the book as well. 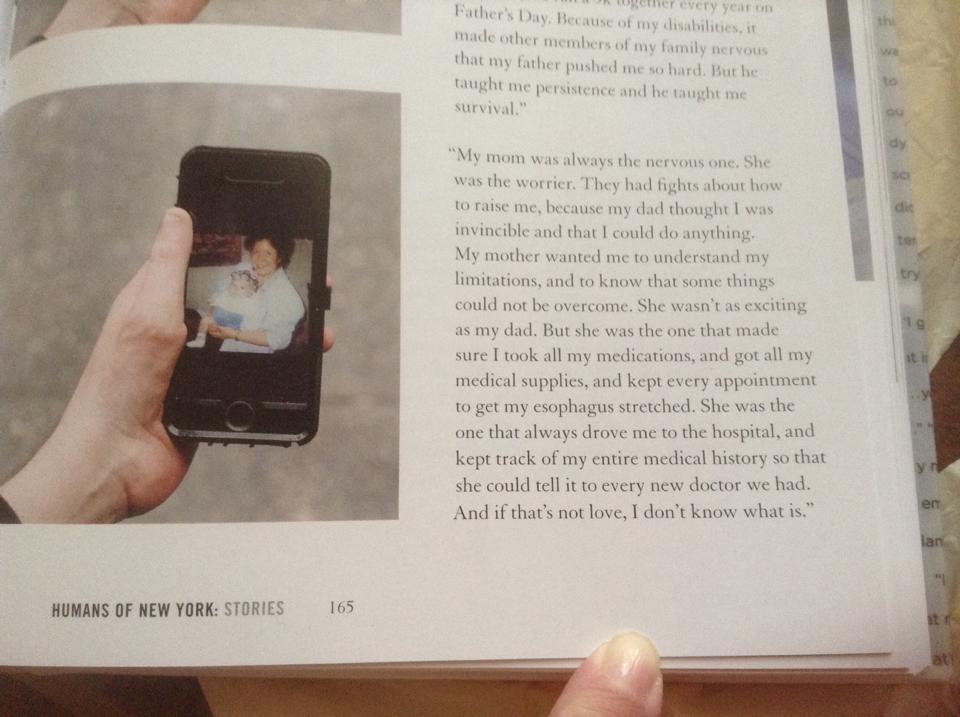 Here’s what Wikipedia says about Brandon: Brandon Stanton (born March 1, 1984) is an American photographer and blogger, most known for his popular photojournalistic work that has over 14.6 million followers on Facebook and around 3.7 million followers on Instagram as of August 2015, and for using his Humans of New York‘s popularity for humanitarian purposes …